What are Point Profiles and how are they used to program points on B8512G/B9512G or B-series panels?

2.  How to work with Point Profiles and understand the settings with B8512G/B9512G and GV4 version 2+ panel types.

3.  The Point Type, Circuit Style and Point response are the primary settings which define the panel’s behavior.  Access the available settings by double-clicking on the Point Type/Response/Circuit Style field (see figure 2). 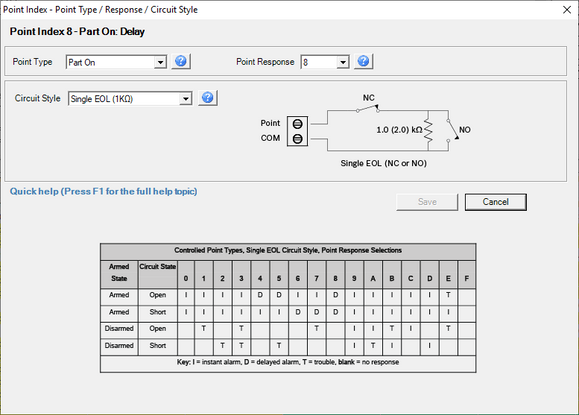 4.  Point Type: The Point Type determines how the panel behaves when the point changes state.  For example, points may always be armed or follow an area arming state. The point may generate a Fire, Gas or Burglar type of event or even arm or disarm an area with their change in normal, open or shorted state. A number of point types are available and programming instructions are available by pressing F1 on a selected field.  Point types can be broken down into the following groups;

5.   Circuit Style: Provides programming options to match the wiring configuration used to supervise the point. Select the end of line supervision and with the optional Tamper response for devices with a tamper switch. 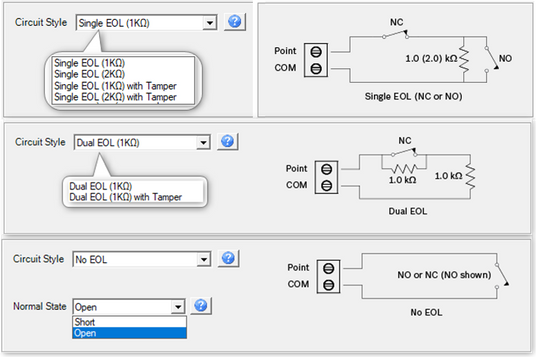 7.   Point Response Tables: A point response of 0-9 or A-F is selected from a table in the Point Type/Response/Circuit Style Several tables are possible and the one displayed is determined by selections for Point Type and Circuit Style.