Time and date are set manually on the WAP. Once a month, the time needs to be set again as time drifts over time.

The way the WAP works with regards to time and date, is that it can only be set manually in the web interface.

Under the surface, a process in the WAP (ntpd) will assure that the time is synced with an external NTP (Network Time Protocol) server (from the pool.ntp.org cluster of NTP servers) if the WAP has a connection to the internet.

If there is no connection to the internet, the WAP will look to the network’s DHCP server to sync through NTP.

When a fixed IP address is set in the WAP, the setup is as follows; 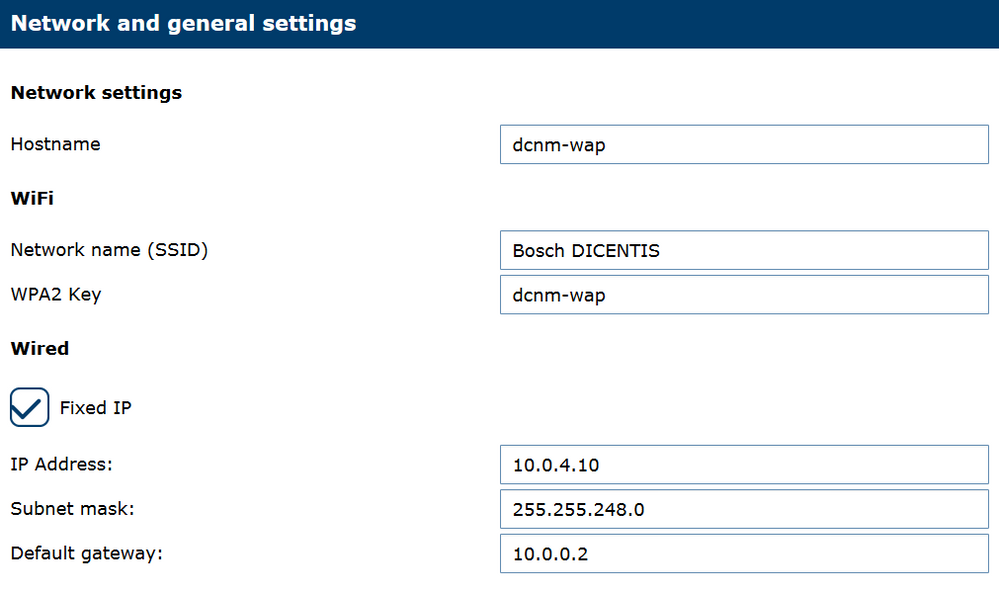 As there is no way to set a DNS server in the web interface, which is needed to translate URLs to IP addresses (”pool.ntp.org” to a specific NTP server’s IP address), time synchronisation fails.

The second option; sync the time using the DHCP server’s NTP service, will not work in a network where there is no DHCP server, or where the WAP is not configured to look for a DHCP server (which is the case when a fixed IP address is set).

As both synchronisation options fail, the WAP will not be able to synchronise their time to a time server and therefore the time will drift from the initial time as the WAP relies on its internal crystal to keep the time.

There are two options; either periodically manually update the time or use a DHCP server with the Dicentis Wireless system instead of a fixed IP address.