What integration options are available for DCN-NG?

In order to integrate 3 rd party software with the DCN-NG system, there are 3 different integration options:

Both status and control is in the open interface. Almost every function that is available in DCN-SW
is also available in OI. There is no delegate database access available with OI. OI can run in stand-alone and can be combined with DCN-SW. 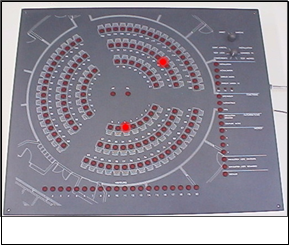 A hardware synoptic panel is required, this can be done with the open interface, since both control and status updates are possible with the open interface.
If a delegate engages his microphone, this can be notified by OI and an LED could light up. If the chairman pushes the button of the same delegate on the synoptic panel, his mic will be turned off by OI.

DCN‑SWAPI is deployed as Microsoft.Net components to be used by 3rd party applications to modify, add, remove and update a subset in the DCN‑SW database.

Functions available in this API are:

A program that couples the building management system to the DCN system, by a click of the mouse the delegate information could be set from the BMS to the DCN system. Or more sophisticated: by using RF ID card delegates could be added to the meeting when entering the room.

Conference Software Streaming Meeting Data unlike other modules does not require any user interaction of an operator; it consists of a software interface from the DCN Server to any number of custom-made PC software Clients. 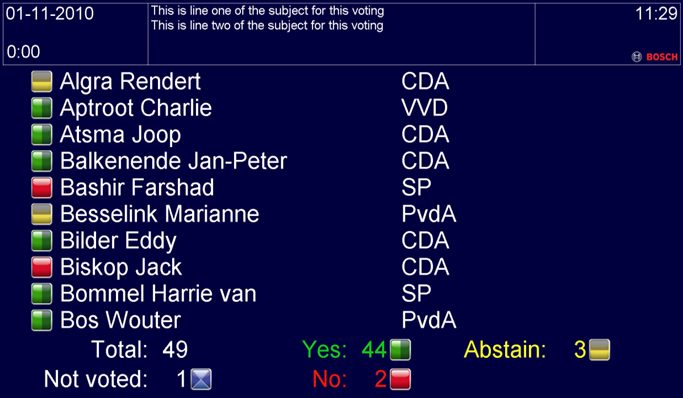 Some applications that could be made around this module are: