Desired outcome:  use the snap.jpg with overlay on when an event occurs to identify the object that is causing the event

Symptom: It appears that camera trainer object is always outlined in red – even when that object is not causing any alarm. This only occurs when a camera trainer detector is explicitly selected in a task though.

E.g.: You have an object in field task looking for a camera trainer object which is present for more than 180s. As soon as another object appears, all Camera trainer object are highlighted with Red Boxes when they are retrieving the snap.jpg from the camera (http://<ip_address>/snap.jpg?VCAOverlay=1).

Perform a Firmware upgrade to v7.84 or higher.

According to the Release Letter:

Therefore, by upgrading the camera to Firmware v7.84 or later, the color of boxes will be displayed as expected: 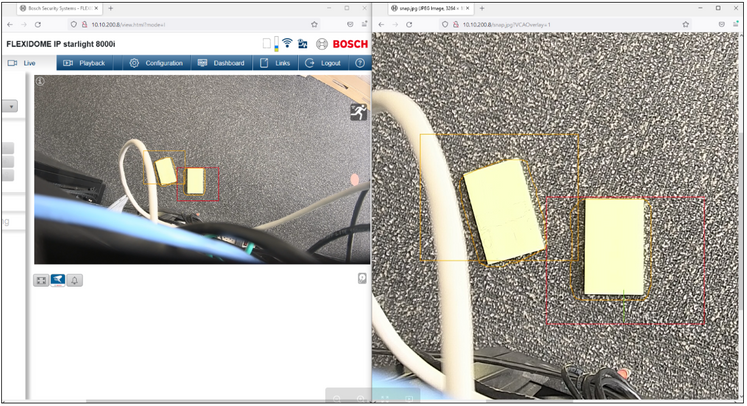