How to collect VSG memory dump in case application crashes?

The normal process is to enable Complete memory dump, this will capture in the event there is an Unhandled Exception.

Via BVMS CC: Would be needed to enable for each instance 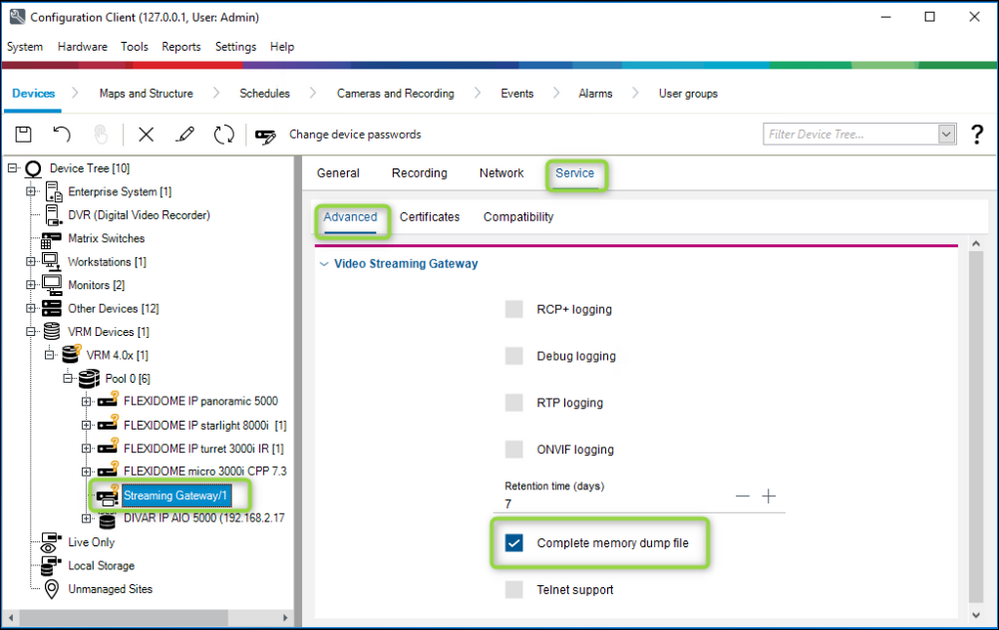 Via CM: Would be needed to enable for each instance

In this case you should use ProcDump

Or if the Application does not have a built-in dump creator for Unhandled Exceptions. use ProcDump

To use ProcDump, you need to download the tool:
https://docs.microsoft.com/en-us/sysinternals/downloads/procdump