Bosch has been providing 2 types of VRM packages: a 32bit and a 64bit version. Since VRM 3.82 we are only offering the 64bit version.

As all of our released DIVAP IP units started off as 32bit VRM which includes a Transcoder service.

If you do not use the Start.exe included in the VRM Master Installer, you will not be offered the oppertunity to also upgarde the Transcoder. 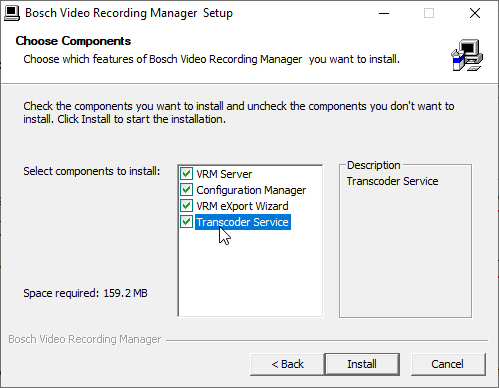 Just running the Setup_VRM_Service_<version>.exe found in the <Install\Bosch> folder, will cause the Transcoder service to stop functioning!

To confirm that the Transcoder is fully functional, open your browser and navigate to the VRM Monitor: