What is VRM eXport Wizard and how to use it?

What is VRM eXport Wizard and how to use it?

The VRM eXport wizard is a tool that allows you to export video directly from the VRM. You can find the VRM eXport Wizard setup file in the bonus directory of the BVMS zip file.

Exports made with the VRM eXport wizard can be open in BVMS (Viewer) 9.0 or newer.

The VRM eXport wizard does not convert (transcode) the video but copies it in it's original format to the specified storage location. This makes the VRM eXport wizard very suitable for mass-exports in case of, for example, incidents in which the authorities require a copy of large volumes of video. The storage hardware performance (source and destination)
determines the actual speed of the export process and the VRM eXport wizard allows to limit the export speed to prevent recording gaps for cameras that actively record on the storage device.

Exports made with the VRM eXport wizard include IVA metadata. You can use Forensic Search on the exported video (including metadata) to come to an acceptable number of search results covering a specific time frame (for example, one day). You can open the corresponding IVA script using the context menu (right click) in the image pane. Copy the script into the IVA configuration of the camera, and the camera applies the Forensic Search parameters to its alarm configuration. The image below visualizes this process.

As the VRM eXport wizards exports the recorded video without changing its format, it is also the ideal tool to troubleshoot potential errors in the recorded video. The technical support teams might ask you to use the VRM eXport wizards to export video information so they can investigate the root cause of certain issues. Please make sure you select the right camera and time frame related to the issue you experience.

You need to login to the VRM with the right user permissions. We recommend to use an existing BVMS user account for this. 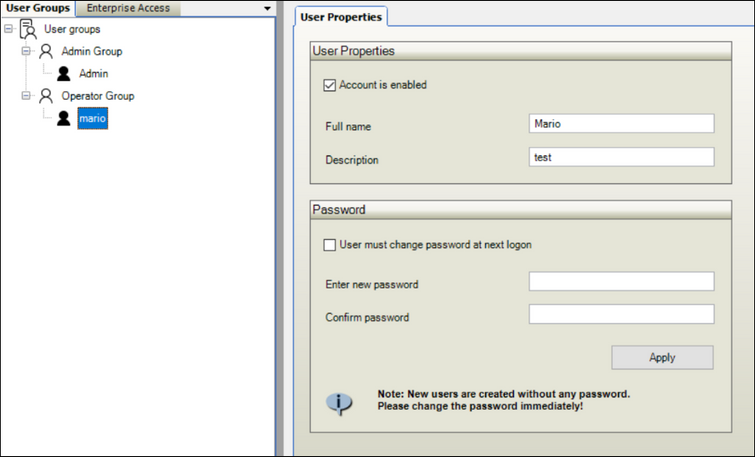 The maximum bit rate per source is depending on the storage hardware performance. Bosch storage devices (DIVAR IP, DSA E-series) are tested with 20% read speed, compared to their specified recording speed. For the DIVAR IP 7000 R2 this means, for example, 20% of 475 Mbit/s = 95 Mbit/s. We generally recommend to use 50% of the read performance of the device for export purposes. For the DIVAR IP 7000 R2 this means you should configure the VRM eXport wizard to ~50 Mbit/s. Increasing the read speed might cause recording gaps or result in strange behavior when operators try to replay video footage. This still allows your video surveillance operators to replay video footage from the device and allows cameras to continue to record on the device. The table below shows an example calculation of export times considering certain replay speeds. 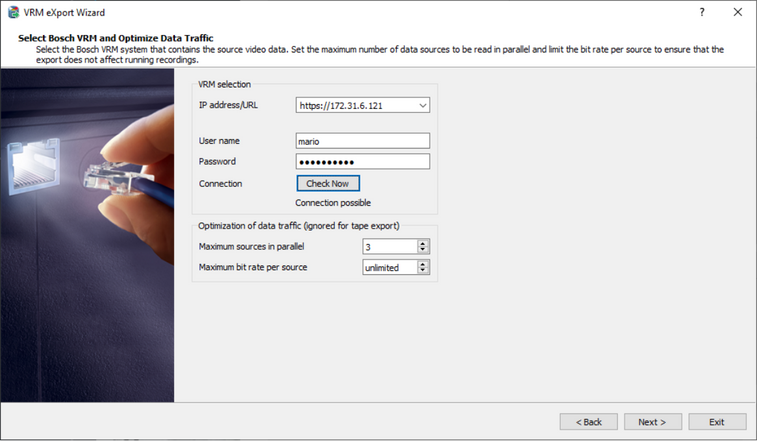 Chose the cameras that need to be exported and the related time period. 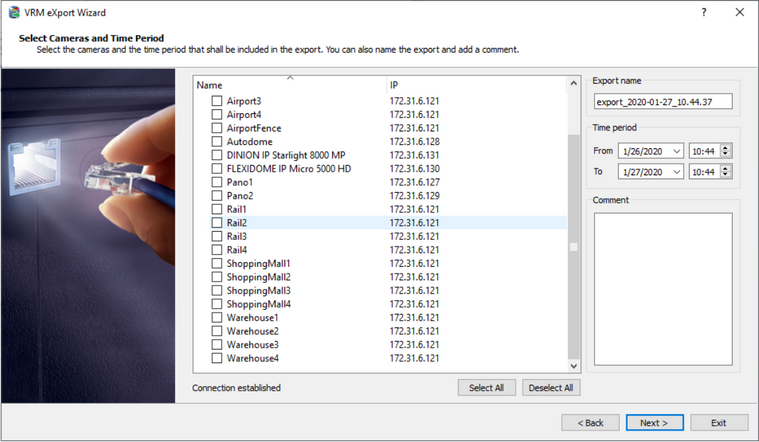 The export can be stored on a file share, another iSCSI driver, or onto a file system. Chose the destination of your preference. 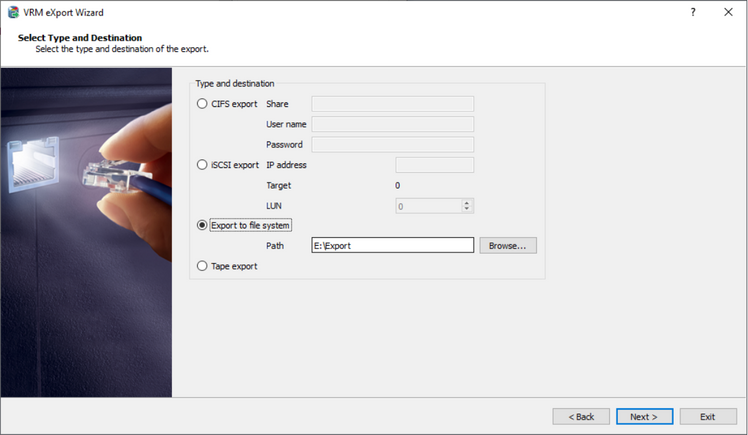 The VRM eXport wizard allows you to monitor the progress of the export, including some information on the speed of the export process. 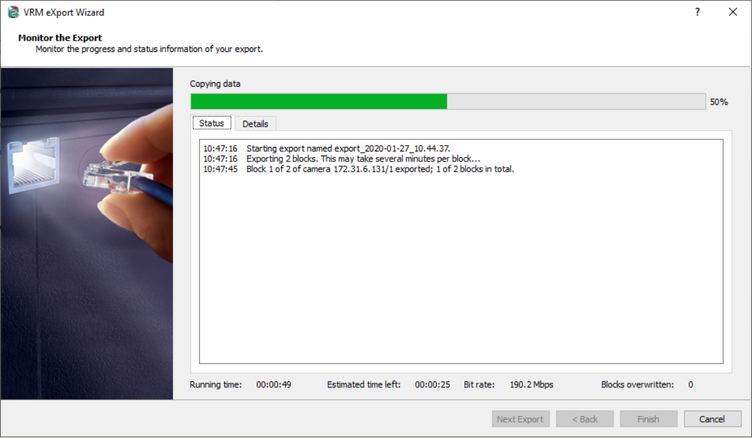